Why We’re Working on a New Computing Platform for Screens

What we’re trying to do at ScreenCloud is to think beyond this narrow description. To a wider, new platform for digital screens that works across different devices. Rather than build a box we are building a realtime cloud platform that can bridge the gap, connect with our devices, and interact with the IoT thats taking over our homes and offices. 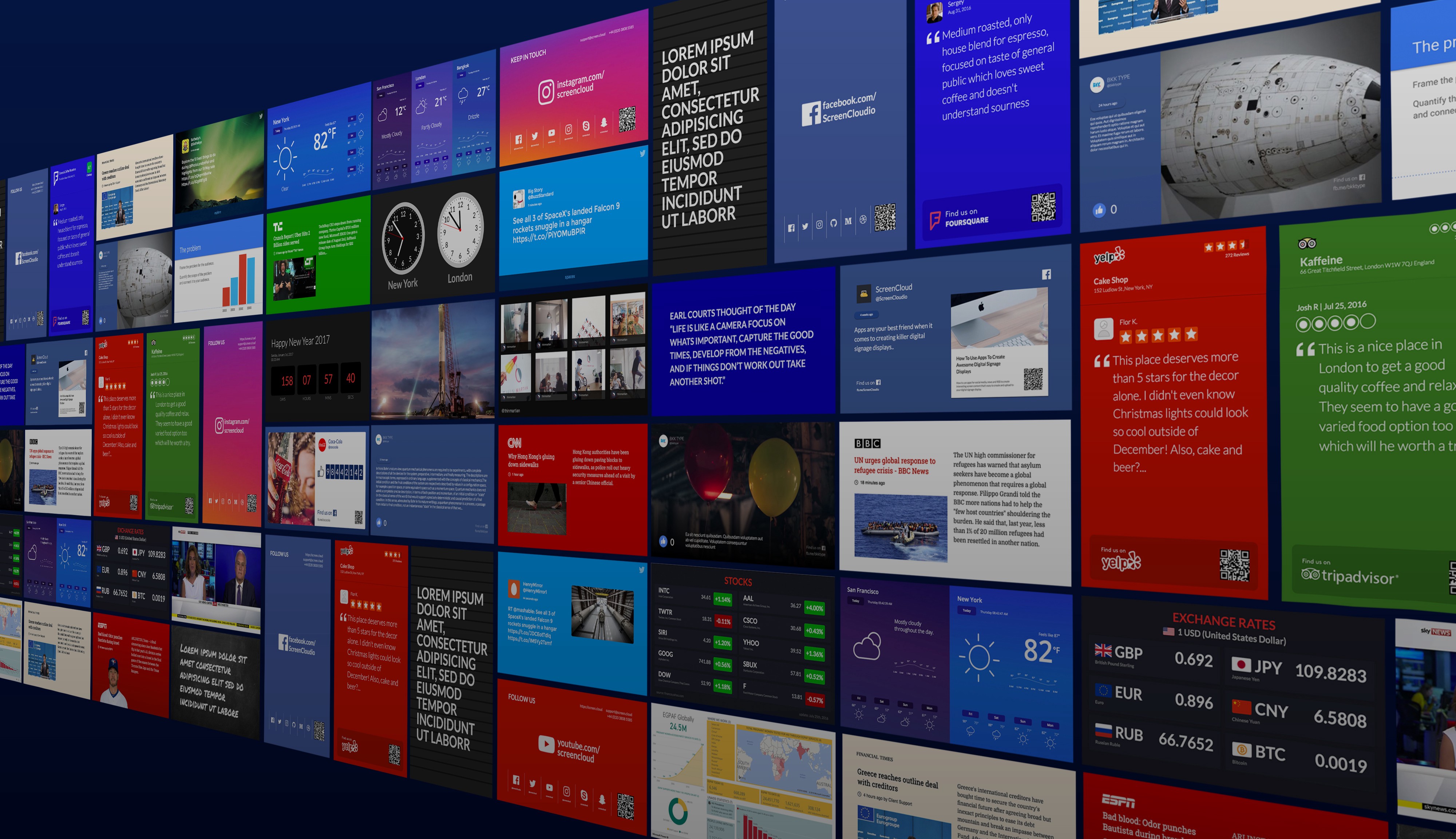 In early 2009, former chief software architect at Microsoft, Ray Ozzie, coined the phrase “three screens and a cloud”. What did he mean by that? In short, the idea that PCs, phones and TV screens should share data, apps, and services seamlessly, working together as one continuous computing platform.

Ozzie seemed to have it half right — in 2016 we live in a world driven by these devices connected to clouds.

Fortunately, what he got wrong was we’re not running Windows on all our devices. The reality is we live in a multi platform world. You may be running iOS on your iPhone, Windows on your laptop and who knows what on your “Smart” TV. So really it’s still just one screen and the Cloud, just three times.

Secondly, while we do have some synchronicity between devices — particularly if you go all Apple (iPad, iPhone, iMac) or all out Windows/Android, the TV screen missed the boat. Smart TV has been the next big thing to never really take off for more than a decade. We were promised a new smart computing platform but what we got was Netflix and YouTube.

This is sad as it represents a missed opportunity. All around us there are big screens with embedded computers which aren’t being utilized. In our offices, our homes, our stores and our restaurants.

TV screens are siloed, not just to the devices around them but also to the people using them. When we think of business software for screens we think of digital signage — the idea of ads, images or videos on screens used in commercial settings. While the delivery mechanism has evolved the basic concept hasn’t changed in years.

What we’re trying to do at ScreenCloud is to think beyond this narrow description. To a wider, new platform for digital screens that works across different devices. Rather than build a box we are building a realtime cloud platform that can bridge the gap, connect with our devices, and interact with the IoT thats taking over our homes and offices.

Screens have the potential to be the shared computing displays for the cloud and AI driven world that we will all soon be living in. Making this happen takes building a software platform that runs across all screens, all media players and all operating systems. Getting to “it just works” takes blood, sweat and tears.

If you think it’s a big ask — you’re right. It is. But we’re going to try it anyway.

Our master plan is to overcome these challenges, with the end goal of creating one, functional seamless system across all screen devices and use cases.

In Conclusion — A new cross platform standard for screens

There will be a computing standard across these devices but it needs to be ubiquitous and open to add value.

In our mind, the future is where all screens are running a shared computing standard and where we can interact with them, both in shared spaces and as individuals.

We’re thinking of screens as computing systems, rather than focusing solely down the lens of people advertising on screens.

We’re not there yet. But the foundations to make it happen are slowly on their way.

First part — we want to make it possible to run ScreenCloud on any screen, within reason. Smart TVs, TV boxes, PCs, iPads, tablets, phones, Raspberry Pis — whatever it is, if it’s a screen you can use we want to be able to connect it to the cloud and allow people to run apps with it.

Apps make screens useful and interesting. They stop the screens being turned off, effectively because it’s too easy to get dashboards, videos, Twitter feeds, news and more up onto the screens around us. Apps take content from the web, reformat it and bring it into our environment.

At some point we feel like this has to be opened up to achieve its true potential — the same way the web won by being open, our ultimate goal is try to build an open standard others can build on.

Simultaneously we will educate

What we’re doing now is putting stuff on screens. The product we’re pushing is signage — digital signage — but we feel that digital signage is a category that’s a little constraining. As we mentioned earlier, digital signage is already defined — it’s the screens we currently have and use for advertising purposes. This doesn’t really open it up to all of the other things you could do with screens — especially in an office or other environmental settings.

Our plan is to educate and form content that helps people understand and own the power of a potential new computing platform that extends to the screens that aren’t in our hands.

What you’ve read here is our first attempt at that.

At ScreenCloud we’re making it easy to add content to screens. Find out more at screen.cloud — or feel free to leave any comments/questions for me below.