Podcast EP 37 - How to Run Side Projects

What counts as a side project? And how do you know when it’s commercially viable to make it your main project? 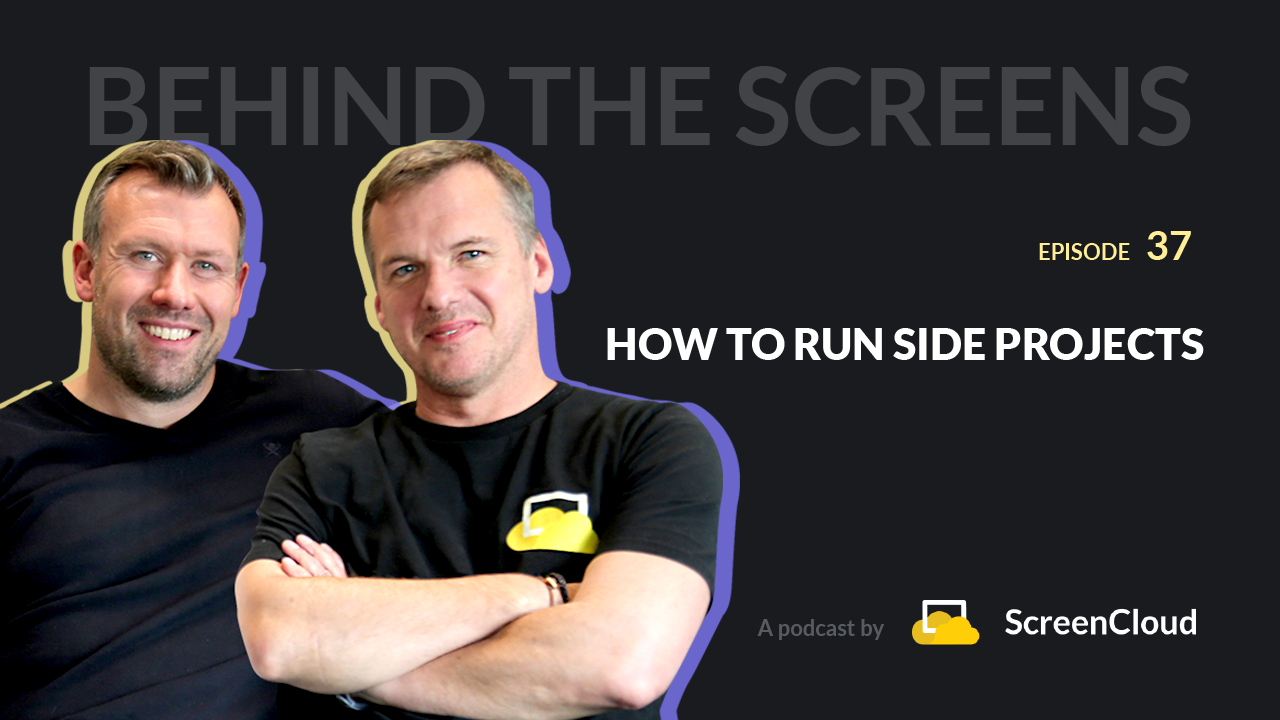 What counts as a side project? And how do you know when it’s commercially viable to make it your main project? One well-known example is gaming company Tiny Speck, who applied what they learned from building Glitch, which failed, to a business comms tool side project. They named it Slack. In today’s episode, Mark and David talk about the various side projects they were involved in while running an agency, how they funded them, and how one of those projects became ScreenCloud. They also talk about side projects being great tools for learning and validating ideas, but that taking something to the next level can’t just be about making money but requires true passion and commitment.

Find out about ScreenCloud: screencloud.com

Connect with David Hart or Mark McDermott on LinkedIn.

Podcast EP 42 - What We Learned About People, Product & Performance - a 2019 Retrospective