We just got back from our annual company conference, and here's why we think it's important that companies create shared experiences. 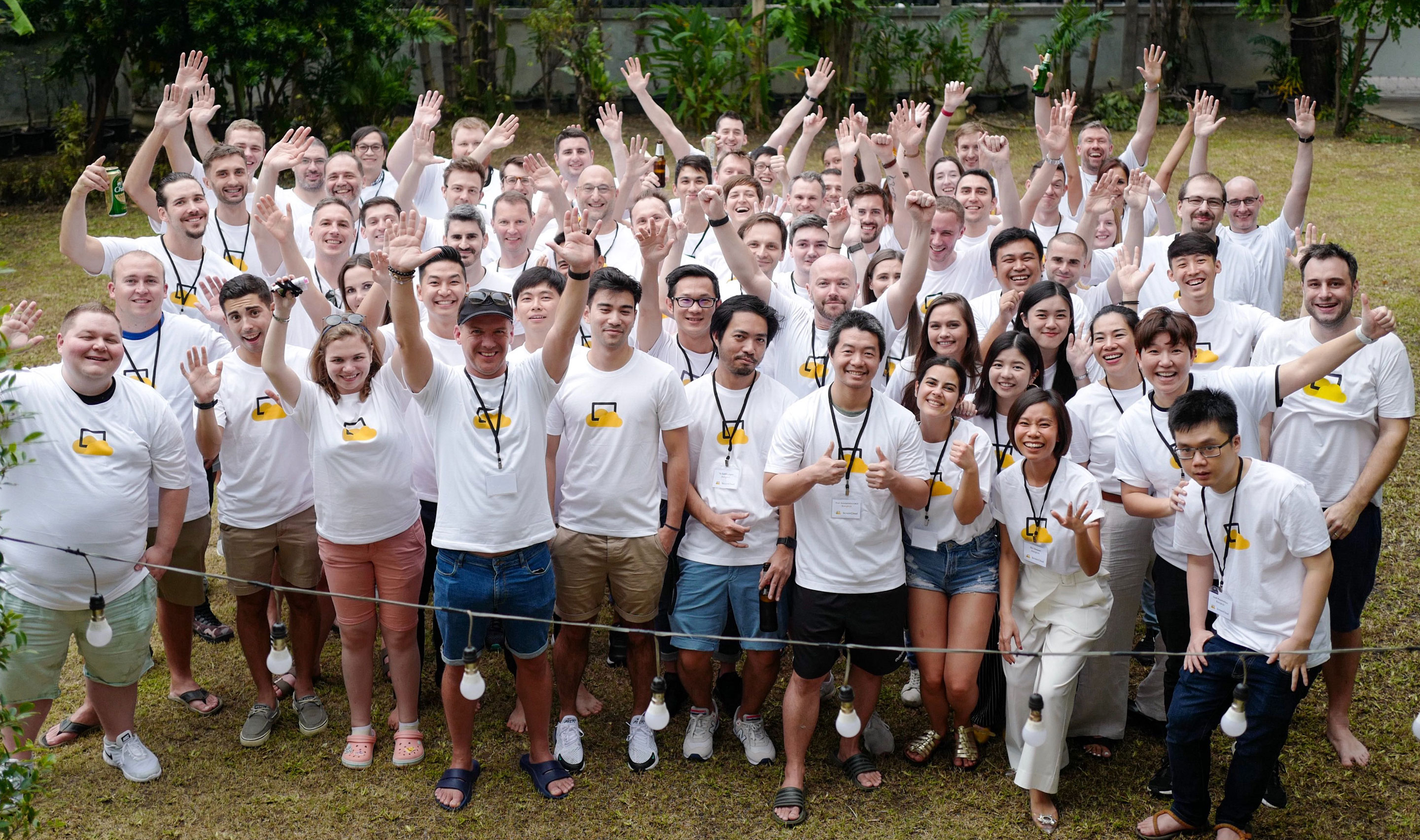 We just got back from our annual company conference. We flew everyone to Bangkok, where one of our offices is located. We spent the week together, mainly at the office which, because it also had outside space, was big enough to host all of us. But, to the friends I saw in the days afterwards, they were all ‘did you manage to do lots of “bonding”?’ Wryly smiling as if they were in on the ruse. Sarcastically air-quoting the word ‘bonding’ and suggesting that any assertion by me that I’d been working, and not off on one enormous free holiday, would be met with ridicule.

You see, there’s a prevailing sense that off-site company sessions are bogus. Either they are embarrassingly contrived: with bullshit exercises that serve no practical purpose other than making everyone feel awkward. Or, they are a colossal waste of time and money where everyone gets off their faces on the company’s Dime for a few days, whilst simultaneously bitching about the bosses. And after the event is over, all that is left is that baggy old “Team Building Exercise ‘99” t-shirt.

The problem is, I think we’ve been thinking about them in the wrong way. Company off-sites (as we now call them to distance ourselves from the team bonding sessions of yore), aren’t about team-building or improved communication or lateral problem-solving. They’re not even about new product launches or rallying speeches from the Founders (even though they may include some of those things). No. In fact, they are about creating memories.

Memories end up becoming part of the company folklore; part of the experiences that shape the company. The things that the longer-serving staff remember and tell the new-comers. And a company bereft of those rich memories becomes like the dull person who has never left their hometown.

The thing about creating memories is that they aren’t just about one moment: they are also about everything else that was true at the time. Your memory of your first kiss isn’t just about the kiss, it will anchor other aspects of your life such as who your best friends were at the time, the clothes you wore, the music you were into, your relationship with your family, your school.

The other thing about memories is that they tend to be something new or different. You can remember your first kiss, but can you remember your second or third? Novelty is a key element.

So this comes back to our company offsite — we call it ScreenCloud Together. And in our relatively short life we have now had two company off-sites. One last year in Poland, when we were about 30 people and one a year later in Thailand when we were 85 people. In that time so much has changed. For most people, this was their first ScreenCloud Together. Our revenue has more than doubled, we’ve spent the whole year building and launching a new enterprise version of our product and the company feels to all intents and purposes like a totally different one to the one it was a year ago.

I know that it is a different company, partly because I can look at the numbers and our HR tool, but mainly because I was there a year ago. I was in Poland and the memories of that time we spent together are clear in my mind. I remember how different it felt.

And then, especially as a distributed company , for most of the time our only experience interacting with many of our colleagues is via Slack rooms. Where sometimes we only know what they look like from their profile pic. Getting together like this means people get to see a different side to their colleagues. They get to share stories about their real lives, their unusual hobbies or specific hopes or challenges. None of this is to do with group bonding sessions: we didn’t do a single “trust-building” exercise.

On the last night in Bangkok we chartered a boat to take us down the Chao Phraya river, with a bit of food and a live band. As we passed underneath one of the bridges that spanned the river my co-founder, Luke grabbed the mic just to say thanks to everyone for coming and to all the people who’d organised everything. Then he added: “Remember this moment. Because we will never be at this stage again.”

And he was so right. Next year we will probably get new investment which will bring a whole different dynamic to the business. We should also reach a significant growth milestone, which in turn will make us feel differently about who we are as a company. We’ll have new people and some of the people today will have moved on. In London we will have moved to a new office and I will most likely have moved to California. When we all meet up again together, the company won’t feel the same. The longer-term staff will regale the stories that came out of Poland and Thailand and new memories will be made, which in turn will become part of ScreenCloud’s future story.

For me, that’s so much more valuable than team-building exercises.