Why alignment of the Founders’ values matters, even if they don’t always agree on everything. 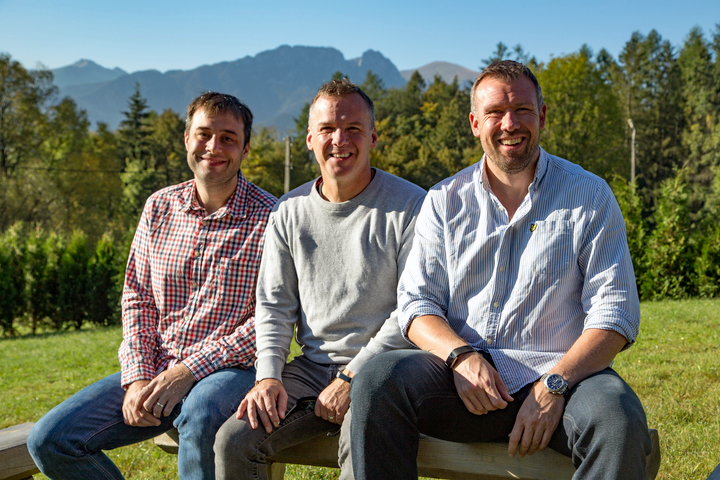 At ScreenCloud there are three Founders: me, Luke and Mark. But ScreenCloud wasn’t our first rodeo. In fact, we started our first business together in 2004: what was then a digital agency, Codegent. As we evolved, we started to understand that our spiritual home was in products, rather than consultancy. It means that our 15 years together has seen considerable change and therefore disagreements along the way. But we’ve never properly fallen out: we’ve never had one Founder say that they can’t work with another. And, aside from my family, there are no other people I trust as much in the world.

How has our relationship endured the highs and lows of being in a state of constant flux?

Is it that we’re just nice people? I don’t think we are particularly. Is it that we are all natural diplomats? I think some people would testify to the fact that we’re not. Or is it just luck that nothing has been so bad that one of us hasn’t snapped and told the other two where to get off? We’ve been under extreme stress at times and believe me, it would have been easy to blame someone else.

No. The reason we’ve managed to stay a tight unit is because we share the same values. Whether this is by coincidence, or by learning our values through shared experiences, I don’t know. But what I do know, is, faced with any type of judgement about an issue related to our values, we would all make the same decision.

I’ll give you a simple example. Recently, we had an applicant for a job as a developer. It was a full-time job, but the best applicant wanted to work four days because she has young children. Mark, who was doing the interview, agreed and then later told me, saying “I didn’t bother checking with you because I already knew what you would say.”

We hadn’t specifically spoken about our policy on people wishing to work less days a week than the role we had planned, but we all knew what our view would be if someone asked for it.

Why does this matter?

If the Founders’ values aren’t aligned, it would be easy to see how these could cause problems. Some examples might be:

Should you do a ‘Values Prenup’ before you co-found a business?

Before we started Codegent, me and Mark tried a little exercise (Mark’s idea): we both went away and wrote on one side of A4 how we hoped the business would evolve. Remarkably, we both wrote it in a similar way: a mixture of expectations about the commercial future of the company, but also about the cultural values of the company: and they both pretty much matched. This wasn’t really a statement that we used beyond that, like some sort of Founding Fathers Declaration, but it would have given us both reassurance that we were thinking along the same lines.

I suspect if more co-founders tried an exercise like this, it might highlight if there were any glaring concerns in advance.

And, although sharing the same values is really important, that doesn’t mean you always agree. Great design might be something that everyone believes is important, but the decision to rebrand might generate differing opinions amongst Founders. The key difference is that Founders know that the disagreement is about the route, rather than the destination. In other words, if you know that your co-founder only wants the same outcome as you, you should never feel offended if they say that they disagree with your opinion.

And although, we’ve never since officially written down our values (they’ve just kind of evolved), I’m going to have an attempt at listing them here and what they actually mean in practice.

In so many ways, our values aren’t just the things that have stopped us from having a massive falling out, they have also shaped our story by informing the choices we have made along the way.